Last year when the popular video streaming service, Netflix moved to the recently acquired Los Angeles based headquarters, the company ensured that it had surplus sound stages ready for the production house when needed. Now the company is stepping up the game by acquiring the Albuquerque based ABQ Studios in New Mexico. This is chunk of the plan by Netflix to bring at least $1 billion from production of new originals to this state within duration of upcoming 10 years.

LA is often deemed as the center for production of television and film. However, several production companies and movie studios have been travelling regularly to other locales in order to shoot. States such as New Mexico brought epic collection of series which includes Breaking Bad and Netflix’s Godless while Georgia brought to life Avengers: infinity War and The Walking Dead.

These states offer a similar attractive environment with a crowd as talented as the ones in Los Angeles. Additionally, these states serve as cost-effective locations for shooting given the fact that they offer major tax breaks as well as financial incentives. ABQ Studios that houses 9 stages with more than 170,000 square feet, in the past offered as a go to site for numerous shows and high-profile cinema which include Better Call Saul, Preacher, Logan and the ever-famous The Avengers.

Taking a peek down the lane, ABQ Studios shall allow Netflix a change to cater better efficiency and flexibility when it comes to bringing forth amazing original content in the production stage. This is something that allowed Netflix to rocket its profits especially when it comes to market competitors such as Hulu and Amazon Prime. With Disney’s latest streaming service to add to this list soon, Netflix is trying hard and fast to amp up its efforts to keep a stable hold over the market.

It was just last year that Netflix estimated an expenditure of $8 Billion for creation of original content for the year 2018. The company is working towards the goal of creating original content to cover up at least half the total streaming videos available on its application.

Netflix’s Physical Production Vice President, Ty Warren stated that the company’s experience with production of films and shows in this area has inspired them to grab the chance to lay out a fresh production hub in the same locale. The landscape, facilities, and the people serve as the perfect temple to  create entertaining pieces for the people all over the world.

Bobby E. Bartelt, Team Leader at Feed Ride, graduated in Textile Design from F.I.T. He has a lot of experience in IoT as it was his passion and he started it as a profession for computers at an early age. His bold and bright personality allows him to fearlessly collect data and information from many sources. His experience and influence helps provide the website with all the latest news in business along with tech niche.
Previous Four dead after an enormous sinkhole suddenly appears in China’s Dazhou
Next Colorado Rockies’s Playoff Run for 4 games was a feeble display 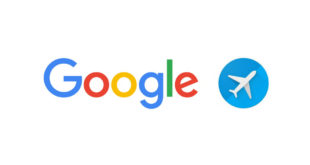 Kayak vs. Google Flights: Which One Is a Better Companion?

Best 3 VPN Services for Your Business 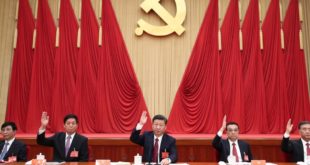