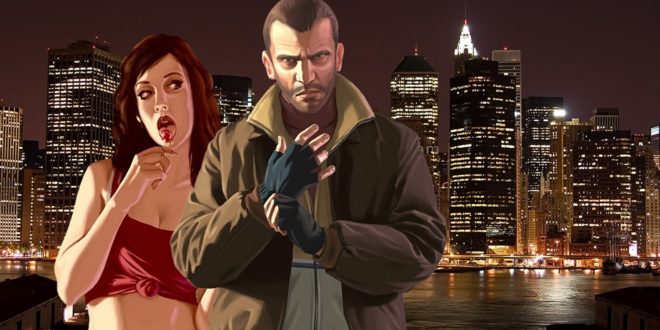 Any hardcore Grand Theft Auto fan knows about Niko Bellic, the protagonist character from GTA IV. He was a Yugoslavian immigrant and war veteran who came to Liberty City (a parody for New York City) for a better life along with his cousin, Roman Bellic. Niko also had the goal of finding the person who sold out his friends during the Yugoslavian War.

Niko Bellic was the type of mercenary any crook would need for doing his dirty work. Niko wouldn’t hesitate to kill, steal, blackmail, or pursue anybody if needed. However, we might see him playing with guns once again in GTA Online, the online mode for GTA V.

Reddit user markothemexicam is the one who launched the great claim, and he has accurately leaked GTA Online information before. More precisely, the leaker accurately predicted that the Grand Theft Auto 5 PS5 port will be announced. He now claims that both Niko Bellic and his cousin Roman will arrive in GTA Online along with a future update. The Liberty City map will also be implemented in the game, and this claim is also supported by the official statement made by Rockstar not so long ago:

Later this year players can expect more big updates for both games, including some exciting new extensions and augmentations to an existing role in Red Dead Online, and the biggest ever update for GTA Online, featuring our latest take on Heists in an entirely new location.

Of course, Rockstar didn’t specify the name of the upcoming location, but at least we know for sure that there’s a new location coming. It could be Liberty City, a new island that stretches across the vast waters surrounding Los Santos, and so on.

We can’t wait to see Niko and Trevor go bowling together.

Cristian is passionate about technology in all its areas, especially web development and gaming.
Previous Xbox Series X Official Release Date Hints
Next Samsung Gets Dethroned from The World’s Biggest Smartphone Vendor