The Google Play Store is an essential part of the Android ecosystem and an app that every Android user has used at least once. It works as a primary hub for content, offering access to a variety of content, among which we can count games, apps, movies, TV shows and other types of content. Today, Google Play Store 16.7.21 update launched with stability improvements and bug fixes.

Google Play Store is the most popular app store on Android

In the past, what we know today as Google Play was split into several individual products. The first incarnation of the app was the Android Market, which was released on October 2008 as a primary source of new apps and games. At first most of the apps and games were available for free, with paid content being limited to a select list of countries.

With the launch of dedicated Google apps for music and books, the Android Market added new types of content to promote them. As expected, some users were confused by the fact that there were several distinct stores on the platform. To resolve this issue, Google decided to merge all the content into a single marketplace app, leading to the appearance of the Google Play Store.

Many Android users saluted the decision since they no longer had to switch between several apps to look for their favorite content. Google also added a host of new features which enhanced the user experience. Among them, we can count the Play Protect system, which scans apps and games uploaded on the platform and guarantees that they are safe and pose no security risks for the device or the user.

In July 2019 a new major update was released for the app. The Material Theme update revamped the look of the app and streamlined the user interface, allowing users to reach exciting content at a faster rate quickly. There were a few problems with the implementation as Google released and retired the update a few times before a stable version was available at a global level.

With a passion for technology and gadgets and a vast experience in blogging, Jacob covers tech news on Feed Ride. Jacob posts app updates, gaming news, and other exciting novelties.
Previous GTA 6 Release Date Update As Rockstar Games Launcher Rolled Out For PC
Next Fortnite 10.31 Patch Brings Party Hub and Many Other Novelties

The iOS Version of WhatsApp Gets a Brand New Design 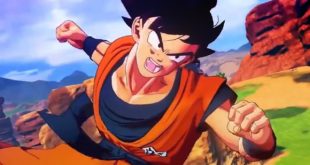 Dragon Ball Z Kakarot: The ‘Gods of the Universe’ DLC is Coming

Black Friday Deal: 3.6 GHz Octa-Core Processor for Gaming at only $300