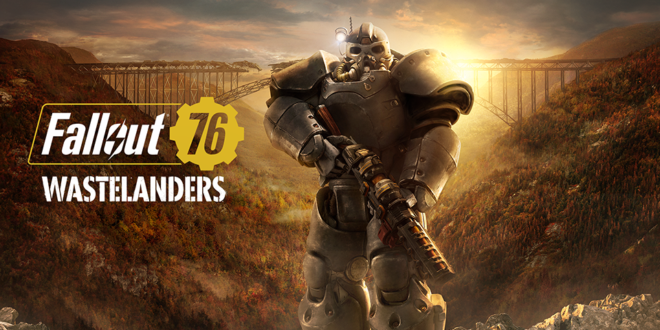 The Fallout 76 2018 game has managed to build up many expectations, just to blow them apart. The PvP system was broken, and the latter missions of the story basically force players to work together. The worst part? The lack of human NPCs has left Appalachia quite empty.

We know that there has been an apocalypse and that Vault 76 was the first one to open, and the inhabitants got on the radioactive land. But civilization still needs to be established.

As a matter of fact, Vault 76 is a civilization, and it has one job, to rebuild life as we knew it used to be before all the bombs dropped.

It’s entirely of a new ideal, but it was never really enough for the Fallout wishes that fans hoped to have, which is why the arrival of Fallout 76’s upcoming Wastelanders expansion is exciting for all of us, especially for those who want to explore Appalachian.

In the first trailer, the voiceover starts to talk about a long journey that has happened, and that Appalachia has changed. Well, we could say the same about Fallout 76. The trailer mainly focuses on the arrival of human NPCs in the world, living their daily lives and establishing settlements.

Wastelanders comes with a new main questline for players. New characters will come to Appalachia from the mountains, and it seems that two factions will start battling for the territory. But what makes it interesting is that the factions are dark and they look creepy. They are probably part of the same group, but those creepy skull masks? Things are bound to become even more interesting.

With a passion for technology and gadgets and a vast experience in blogging, Jacob covers tech news on Feed Ride. Jacob posts app updates, gaming news, and other exciting novelties.
Previous Nintendo Gives Users the Chance to Play More NES and SNES Games
Next Call of Duty: Modern Warfare Season 2 Is Now Live

Don’t Miss The PlayStation Plus Discounts Offered by Sony

PlayStation 5 and Xbox Series X: When will The World Know their Price