According to a new report, Apple is changing its strategy for Apple Arcade. The company wants to keep its number of subscribers. However, the new changes mean sad news to some developers. The company decided to cancel some of the game contracts that are still in the development phase in order to ensure its revamping approach.

Apple made this drastic decision because the upcoming games didn’t meet the company’s expectations for “engagement” on the platform. The report states that an Apple Arcade creative producer already talked to developers in April.

“Apple is increasingly interested in titles that will keep users hooked, so subscribers stay beyond the free trial of the service,” the report says.

In fact, the company did spend quite a lot of money on this project. It was reported that about $1 million to $5 million was spent on some of the titles so far for Apple Arcade. However, the company has a certain view on this whole project:

“On the calls with developers in April, the Apple Arcade representative cited a specific example of the type of game the company wants: Grindstone, an engaging puzzle-action game by Capybara Games that has many levels.

You can imagine what these new changes meant for developers who just lost their contracts. It is not a pretty image, but Apple still paid them for their work done so far.

“Some developers who had contracts canceled by Apple were suddenly faced with financial woes, compounded by the pandemic, according to the people briefed on what happened. While Apple ended contracts, it still paid studios based on the development milestones they already hit. The company also told developers that it would work with them on future titles that meet the new requirements.

Last year’s fall, Apple launched Apple Arcade alongside iOS 13. The new service offers its users a library of games. For only $5 per month, players can enjoy ad-free games from Apple’s library. Apple Arcade is available on the following platforms: iPhone, iPad, Mac, and Apple TV.

You can see that Apple is trying hard to keep its users happy. The company now offers an additional free trial month, doubling the free trial period from one month to two months, which means something. If you are curious, you should give this service a try. At least, you will have plenty of time to decide whether you want to join the monthly memberships.

This article is based on a new report from Bloomberg.

Patricia W. Vandoren started working with the team at Feed Ride as a content writer with knack for news from different parts of the world expanding over various verticals. Now she detects potential tech trends and worthy subjects.
Previous A12Z vs. x86/ Apple vs. Intel and AMD
Next 5 Great Gaming-Inspired Hobbies

The Haunting of Hill House Season 2 cast and release date

GTA Online: The Nagasaki Ultralight Becomes Available along with Exciting Rewards and Discounts 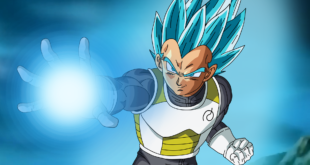 Dragon Ball Super Continues, but Vegeta still Doesn’t Learn From His Mistakes of The Past